Frame: Arduino-compatible dev boards created by our community of voters.

We build dev boards that make building projects faster and more fun. We're currently crowdfunding our first board, the Frame.IoT — for Wi-Fi enabled projects — on Kickstarter. 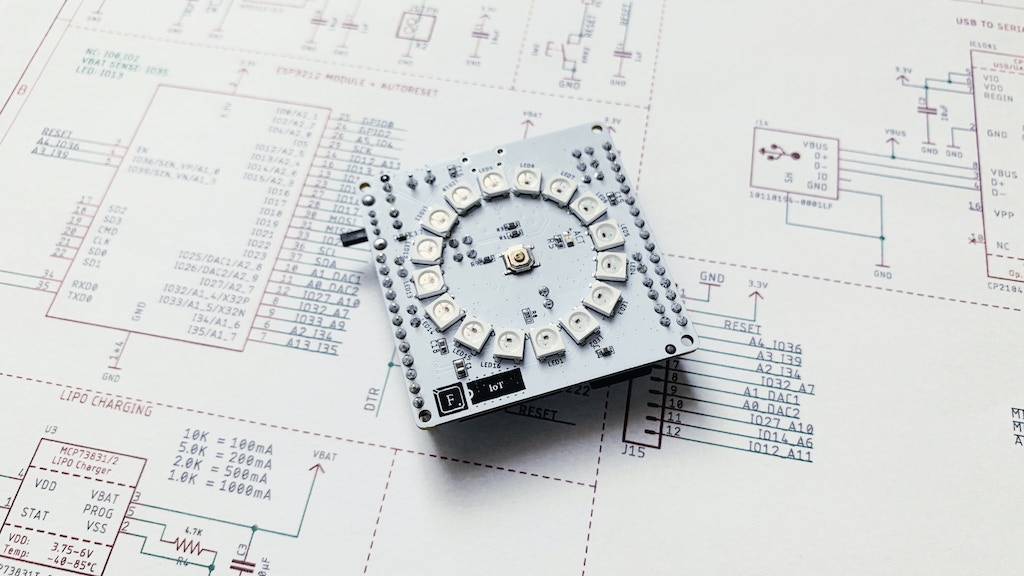 The Frame.IoT is an Arduino-compatible board built for your Internet of Things projects and ships with the most popular components built-in — voted by the community. Now you can focus on building something awesome (instead of wiring up the basics).

📶 It's the easiest way to connect Things

No matter what those Things are...

Powered by the ESP-32, the Frame.IoT is Wi-Fi and Bluetooth Low Energy (BLE) enabled. We packed it with all the plug-and-play utilities you've come to expect — USB-to-Serial converter, automatic bootloader reset and Lithium Ion/Polymer battery charging circuit. To make it project-ready, we gave the Frame.IoT a microSD card socket for all your data logging/storage needs, a super powerful digital audio amp to stream audio over the internet and blast notifications, a 16-pixel addressable RGB LED ring to light up your project, a toggle that lets you choose to power your peripherals over USB or battery, and an unencumbered momentary push-button to trigger any action you choose.

Not all projects are created equal. If your prototype doesn't need some of the components built-in to the Frame.IoT — no worries! Each component is connected via jumper pins. Simply remove the corresponding jumpers and you'll free up the I/O for anything you want!

Stop wrestling with a rainbow of jumper wires and breadboards. Frames are designed to declutter your projects — making it faster to get your prototype working and easier to deploy your idea in its final form factor and enclosures.

The built-in components not only make building and troubleshooting easier but more affordable than sourcing them separately. 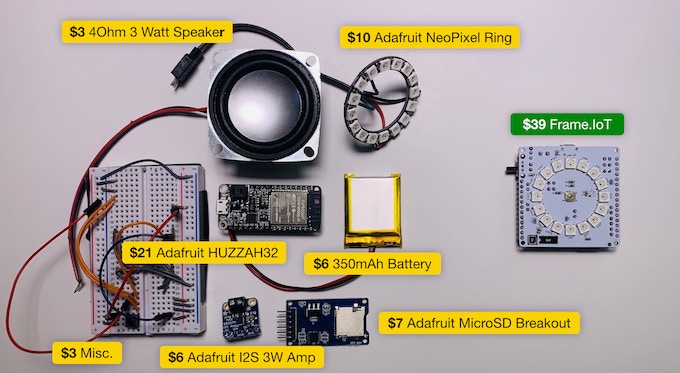 We've built a community of makers who collaborate and vote on each Frame, its purpose, and its components. We release all our fabrication files publicly so you can go from prototype to production. Cast your first vote to see how it works!

The Frame.IoT is a platform for all your Internet of Things projects. Add sensors, relays, and any other component to build anything you can dream up:

Here's a few sketches we built using nothing more than the Frame.IoT, a speaker, battery, and existing Arduino libraries!

🚨 Using the NeoPixelBus library to show off our 16 addressable RGB LEDs:

🔊 Using the ESP8266Audio library to stream a live radio station off a battery:

🔋 Reading the voltage of the battery: